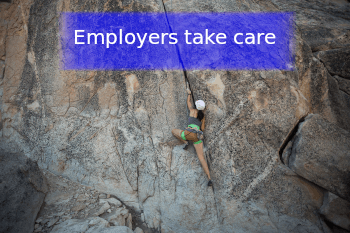 The Workplace Relations Commission (WRC) in the case of ADJ-00014020, A Bank Official v A Bank the Adjudication Officer found that the dismissal was both substantively and procedurally unfair. This was in spite of a finding that the bank official’s actions breached the Bank’s policies in relation to cash handling and cashing, Fraud prevention, and its Code of Ethics, that it constituted serious misconduct warranting serious disciplinary action.

The complainant was a Senior Customer Advisor who had been employed by a Bank for ten years and six months approximately.

At the time of dismissal the complainant was in a “Control Function” as defined by the Central Bank Fitness & Probity requirements. These standards require employees to be competent and capable; honest, ethical and to act with integrity; financially sound. There is an onus on the Bank as a regulated financial service provider to investigate any concerns over the fitness and probity of a person performing a Control Function role which may arise.

On 27th September 2017 the complainant advised his manager that he may have advised a customer to sign her former husband’s name on the back of a bank draft, made payable to the customer and her former husband, to facilitate the lodging of the bank draft into the customer’s account. The customer confirmed that the employee had advised her to do so. This was in clear breach of the Bank’s Cheque handling and cashing policy.

The matter went to a disciplinary investigation on 3rd October 2017.The complainant confirmed was fully aware of the policy and his duties under it. He admitted that he had instructed the customer to sign her husband’s name on the back of the draft. He was not aware that the other party was her former husband. The Bank adhered strictly to its disciplinary procedure. The disciplinary hearing took place on 7th November 2017. It decided that he had breached the Bank’s policies of Cheque Handling and Cashing Policy, Fraud Prevention Policy, Code of Ethics. His action amounted to advising a customer to commit a fraudulent act of forging a signature and as such it was deemed gross misconduct and a sanction of dismissal with immediate effect being applied. This decision was appealed on 2nd February 2018.The decision to dismiss was upheld and communicated to the Complainant on 20th February 2018.

The Bank argued that the decision to dismiss was reasonable and not unfair.

He argued that he had a clean and unblemished record for 10 years and 6 months. He admitted that his actions were a serious breach of the Bank’s policies. He realised his error and admitted his guilt.

He did not gain personally. He has never advised a customer in this way before. He was allowed to remain in his role for two months following this event. There were no repeat occurrences or any further breaches of policies or codes.

The Bank’s argument was that there had been a breach of trust, yet they allowed him to continue in his position for two months after they became aware of the allegations.

His attempts to mitigate his loss have been unsuccessful. He has applied for a number of jobs. It has been very difficult explaining why he left the Bank.

Among the many findings of the Adjudication Officer the following were the main ones:

His actions compromised the Bank’s reputation.

He was allowed to continue working in the same section, in a position of trust for a period of two months after the incident came to light.

The Respondent considered alternatives to dismissal but did not choose any of them.

The punishment did not fit the crime.

If the Respondent could trust him for two months after this incident came to light then they could have extended this and apply any number of lesser sanctions, as suggested by the Complainant.

He made reasonable attempts to find alternative work but has been hampered by the dismissal.

The dismissal was rendered procedurally unfair.

The Adjudication Officer decided (a) that the dismissal was both substantively and procedurally unfair and (b) that the Complainant has contributed substantially to his dismissal and this must be reflected in the quantum of the award.

Take away for employers

When deciding to suspend or not, employers must consider the effects of that decision, particularly in relation to the breach of trust issue. There is a fine line between serious misconduct and gross misconduct and employers should consider taking outside advice from an experienced employment law professional before making what could be a potentially damaging decision. In short summary dismissal without notice is a very difficult mountain to climb . Be careful. Take advice.

Where can I get help ?

As can be seen from this case, dismissing an employee for gross misconduct can be very tricky. If you would like the help and guidance of a professional with over thirty years experience of employment law in Ireland then just contact us using the orange Yes! Tell Me More button below and we will contact you at a time that suits.

Fair Grounds for Dismissal If you do not use fair grounds you will be caught on a merry-go-round of...

A Social Media Policy Why you need one now The fact that you are reading this article online is ...

Out of date contracts, policies and procedures could cost you more than money   ...

Intellectual Property What is it and how do I protect it? Intellectual property rights are valuabl...

How to calculate the minimum wage What is reckonable and what is non-reckonable?     ...

The reality of Workplace Stress How to recognise it and deal with it We all need some stress in ou...

Only a bit of fun or sexual harassment? The need to communicate and implement a workplace ...

Top 10 Tips in Employment Law for Start Ups and everyone A written employment contract. Yo...

A short guide to performance reviews

Room for improvement How to give a good, bad performance review As an employer you are con...

A Contract of service or a contract for...

A Contract of service or a contract for service, what's the difference? Different consequences flow...

Do I need a Data Protection Officer ?...

Do I need a Data Protection Officer? Find out who needs a DPO The GDPR which became legally bindin...

Third party CCTV footage and the GDPR What every employer should know   The General Data Pro...