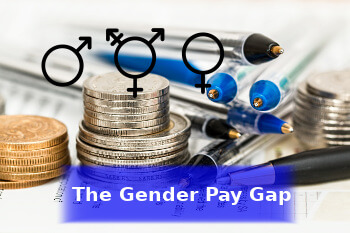 The Irish Government has consistently stated that it is committed to tackling the gender pay gap in Ireland. The cabinet has recently approved the General Scheme of the Gender Pay Gap Information Bill. It still has a a few stages to go through, so let’s look at what is proposed.

What are the main points?

What must be reported?

The Minister for Justice and Equality will introduce regulations which will deal with the following:

(I) The classes of employer and employee affected by the regulations

(ii) How to calculate the correct number of employees

(iii) How to work out the pay of employees

The question of differences

The information to be published will include the differences between:

(i) the mean hourly pay of male and female employees;

(ii) the median hourly pay of male and female employees;

(iii) the mean bonus pay of male and female employees;

(iv) the median bonus pay of male and female employees;

(v) the mean pay of part-time male and female employees;

(vi) the median pay of part-time male and female employees;

(vii) the mean pay of male and female employees on temporary contracts;

(viii) the median pay of male and female employees on temporary contracts.

Affected employers will also be required to publish details of the number of male and female employees (i) who were paid bonus pay; (ii) who received benefits in kind; and (iii) who are in the lower, lower middle, upper middle and upper range pay bands. It is also possible that regulations will require the publication of information by reference to job classifications.

The Bill envisages enforcement powers specific to Gender Pay Gap information with dedicated officers appointed by the Minister to investigate and prepare a report. These officers will have the usual powers of entry and request records and other documents which they reasonably believe contain relevant information , for inspection/ copying.

The Irish Human Rights and Equality Commission may apply to the Circuit Court where they reasonably believe that an employer is not complying with the reporting obligations. The Circuit Court can grant an order compelling the employer to comply.

Employees will be able to refer a complaint to the WRC where they believe that their employer is in breach of the reporting obligation under the proposed Bill, soon to become an Act.

An appeal to the Labour Court will be possible forom the decision of the WRC.

Employers who fit the 250 employee category should start taking practical measures to prepare for the eventual introduction of this proposed legislation. We will keep you updated on legislative progress.

Contact us using the orange Yes! Tell Me More button below.

When the Employment Relationship must end Avoiding the pitfalls There are many reasons why the rel...

What is Gross Misconduct ? (and what to do with it) Gross misconduct and dismissal without notice (...

Family Friendly Policies COVID-19 shows why they are a must Family friendly policies in th...

Beyond the written contract

Are you ready for an inspection? The Workplace Relations Act 2015 effectively transferred the pow...

A short guide to performance reviews

Room for improvement How to give a good, bad performance review As an employer you are con...

The Right to Disconnect

The Right to Disconnect The position now and what's coming UPDATE: Government launches Code of Pra...

The Office Party Planning the festivities Like all good events, it doesn’t just happen. It require...

COVID-19 Vaccination Data in the workplace

Statutory Sick Pay A phased introduction The Tánaiste and Minister for Enterprise Trade and Employ...

Bullying in your workplace

Take steps now to tackle workplace bullying - Potential or existing Why you need a policy n...