Only a bit of fun or sexual harassment?

The need to communicate and implement a workplace 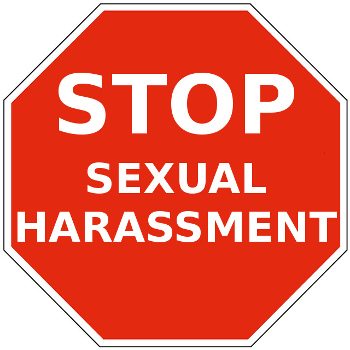 A recent case in the Labour Court emphasised the need not just to have an anti-harassment policy at work, but also the importance of enforcing it.

In the case of A store v A worker EDA163 ,an award of €15,000 was made against the employer who had an anti-harassment policy displayed in a conspicuous position at work.

It also emphasised the importance of knowing the difference between harmless fun and sexual harassment.

What is sexual harassment?

"any form of unwanted verbal, non-verbal or physical conduct of a sexual nature…which has the purpose or effect of violating a person's dignity and creating an intimidating, hostile, degrading, humiliating or offensive environment for the person".

This includes "acts, requests, spoken words, gestures or the production, display or circulation of written words, pictures or other material".

This is elaborated upon in the definition set out in the Employment Equality Act 1998 (Code of Practice)(Harassment) Order (SI 208/2012) (the "Code of Practice"):

The court focused on this definition, particularly the unwanted and the fact that it was persisted in after the recipient clearly communicated the fact that she regarded it as offensive.

A summary of the facts of the case

A sales assistant claimed that she had been sexually harassed by male co-workers between February 2010 and November 2012.Mr A , a co-worker had askedher to go on a date with him, and to move in with him. This was in spite of the fact that the female sales assistant informed him that she was married and not interested in anyrelationship with him.

Mr A and his male colleagues then made sexist comments regularily and gossip of a sexual nature aimed at her. He also spread a rumour othat she was having an affair and uttered a particular sexual expletive whenever a male worker entered the aisle in which the complainant worked.

She further claimed that after notifying her manager of the matter she was victimised by having her Christmas bonus reduced and by being denied a transfer to another location.

What did the manager do?

The manager advised her that the type of conversation was “Ok, as they were just young lads”

The manager gave evidence that when he questioned the male employees they admitted having sexually explicit conversations, but claimed they were not aimed at the female co-worker.

The Labour court ruled that the action of the male co-workers constituted sexual harassment. The Employment Equality Acts 1998 -2015 ascribes a wide ambit to the concept of sexual harassment. It draws heavily on the definition of that term contained in the European Commission Recommendation of 27 November 1991 on the protection of the dignity of women and men at work (92/131/EEC). It laid emphasis on the definition which includes conduct which creates an “offensive environment”

The employer gave evidence that the christmas bonus was calculated in the same way as all other workers. It was held that this did not amount to victimisation.

It expressed the view that the manager had not a sufficient understanding of the anti-harassment policy in place. The notices and handbook were in English, which was not the native tongue of the offending male workers. An award of €15,000 was made.

Lessons to be learned

1. Have in place an up to date anti-harassment policy

2. Make sure it is communicated effectively to all staff, in their native language.

3. Hold regular training updates to ensure that management, in particular, understand how to implement the policy.

4. When a complaint is made, carry out the investigation promptly and confidentially. Follow fair procedures at all times.

Where can I get more information on sexual harassment in the workplace?

Contact us using the orange Yes! Tell Me More button below and we will contact you at a time that is convenient, in strictest confidence. 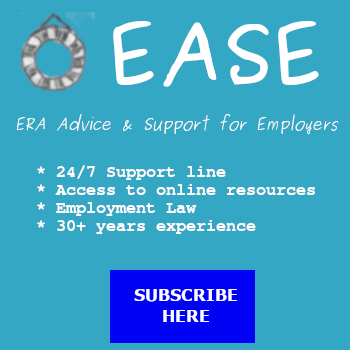 Corona Virus Covid-19 Business Advice We have put together information to h...

Mental health issues in the workplace

When a worker refuses to return to the...

When a worker refuses to return to the workplace Dealing with COVID-19 concerns In this article we...

Codes of Practice Practice makes perfect The whole area of employment law in Ireland is a complex ...

Our Fixed Fee monthly employment law support plan Peace of mind for your business at the ri...

The legal minimum contract of employment

The legal minimum Why you need more than that As an employer, you must provide all new employees w...

Age Discrimination Why you should avoid it Be careful to avoid making decisions based sole...

A Verbal Warning What is it and how to avoid getting it wrong A verbal warning signals the start o...

The Dangers of intoxication at Work    The duties of an employer in relation to intoxi...

Third party CCTV footage and the GDPR What every employer should know   The General Data Pro...

A Contract of service or a contract for...

A Contract of service or a contract for service, what's the difference? Different consequences flow...